This is the deluxe version of my oak marble solitaire with boulder sized marbles. A Celtic weave surrounds the game board for special decorative appeal. It is truly striking. Sometimes called French solitaire, European solitaire, or Continental solitaire, this is a 36 marble solitaire (as opposed to the 32 marble English solitaire sometimes sold in the U.S. as Hi-Q).

The included marbles will be a wide assortment of styles and colors. While the board will be solid oak wood, the picture is just one of the many I have produced. The board in the picture may not be the exact board that you receive; the wonders of nature will produce different patterns in the grain as well as slight variations in color. The board is about 18" in diameter. This game uses 1" diameter marbles. 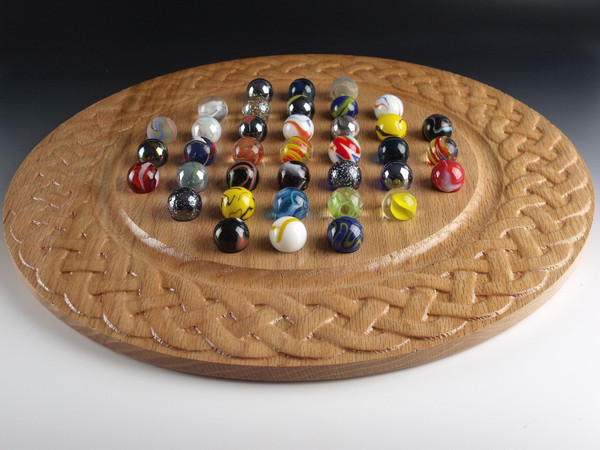 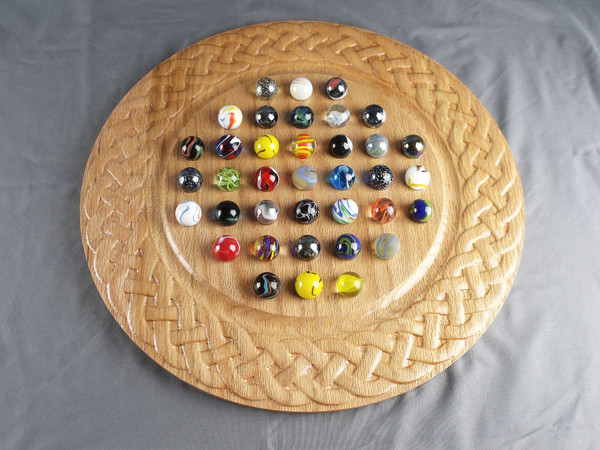 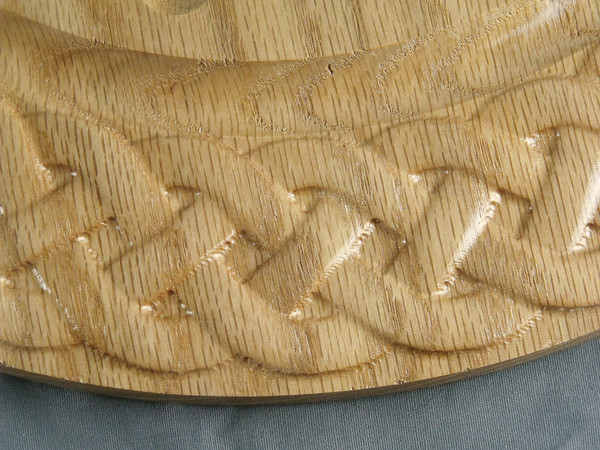 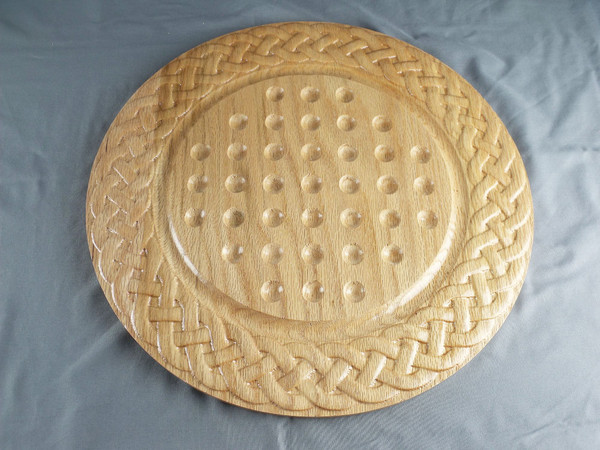 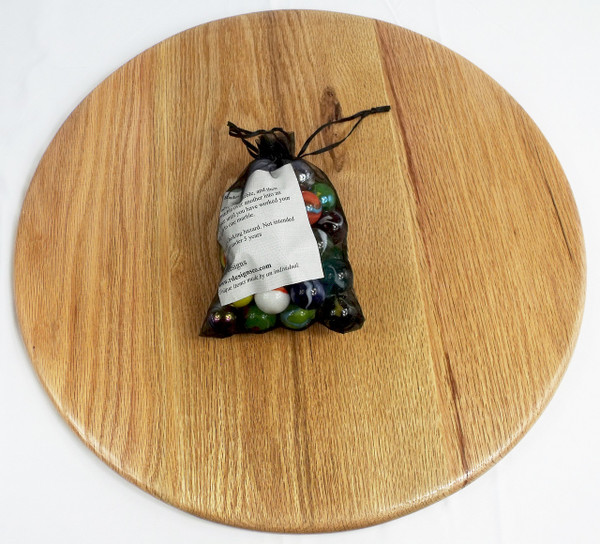