This is one of my deluxe versions of solitaire. Sometimes called French solitaire, European solitaire, or Continental solitaire, this is a 36 marble solitaire (as opposed to the 32 marble English solitaire sometimes sold in the U.S. as Hi-Q). My deluxe version of the game features an intricate carved Celtic weave surrounding the board.

The included marbles will be a wide assortment of styles and colors. While the board will be solid wormy/ambrosia maple wood, the picture is just one of the many I have produced. The board in the picture may not be the exact board that you receive; the wonders of nature will produce different patterns in the grain as well as slight variations in color. The board is about 12" in diameter. This game uses 5/8" diameter target marbles. 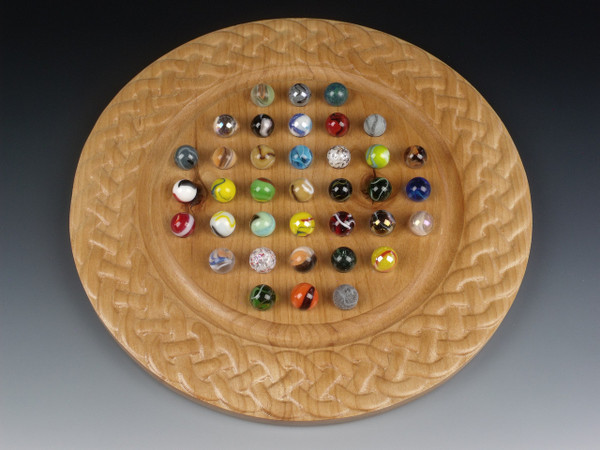 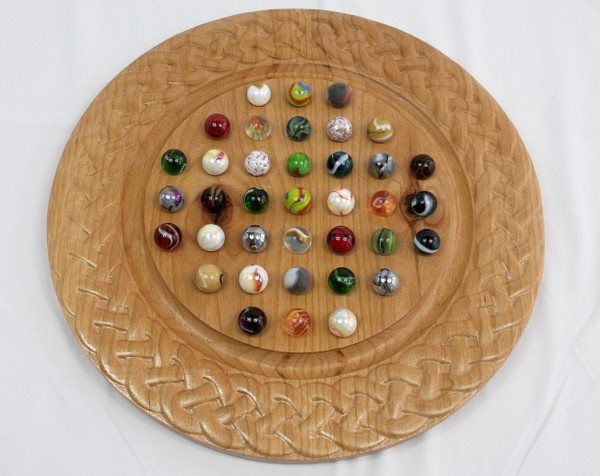 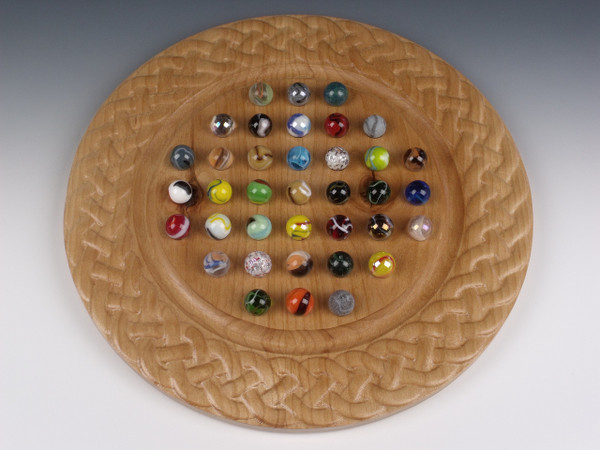 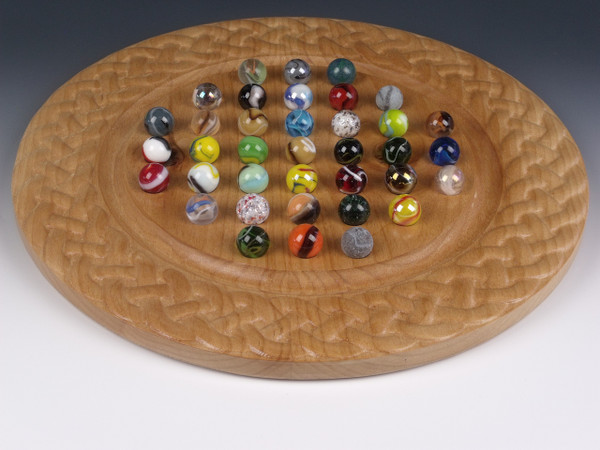 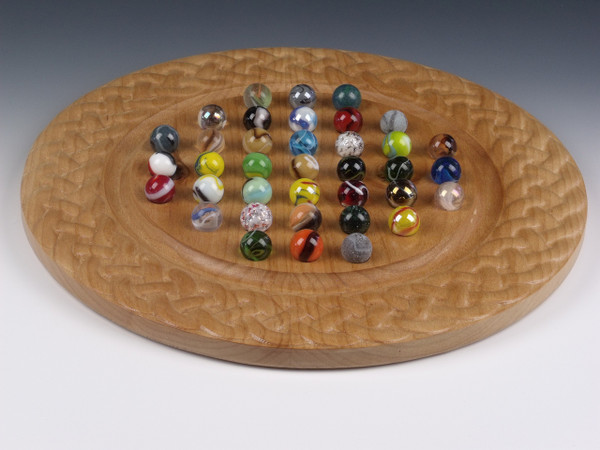 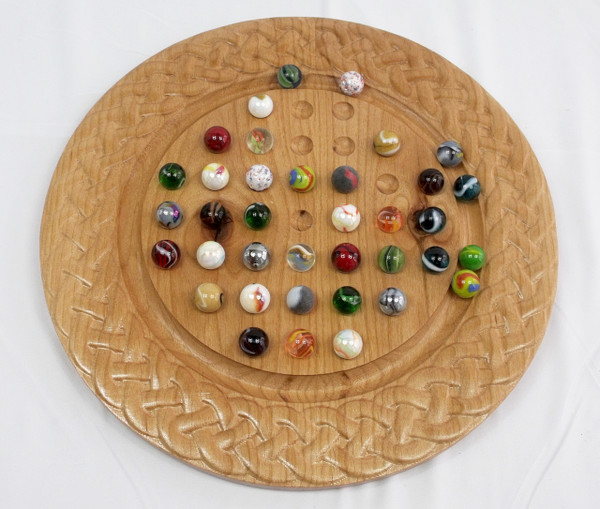 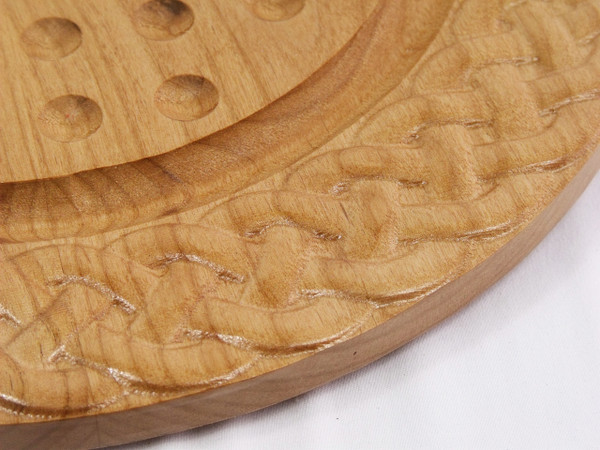 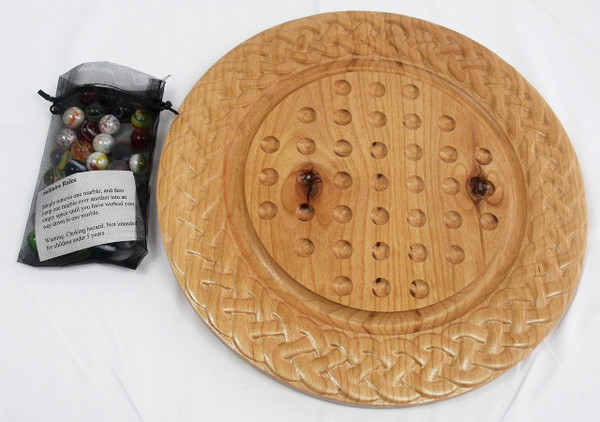 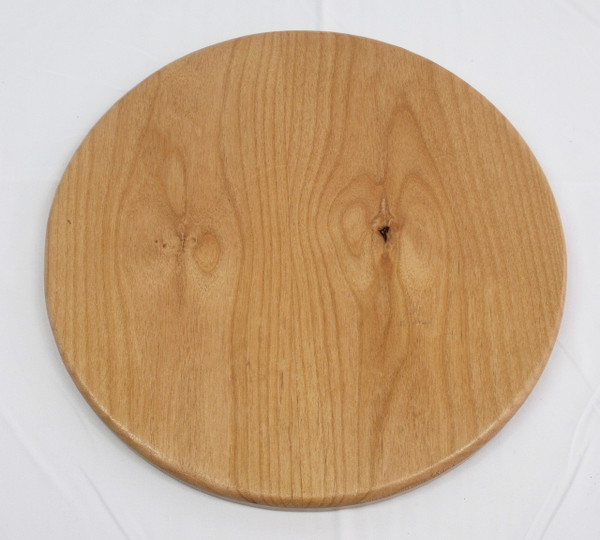 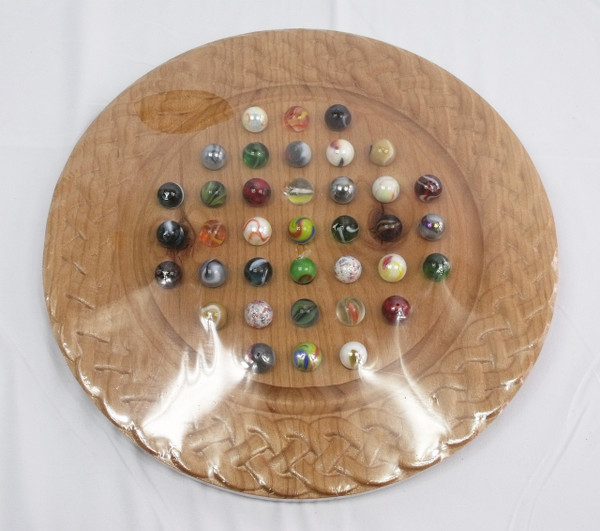 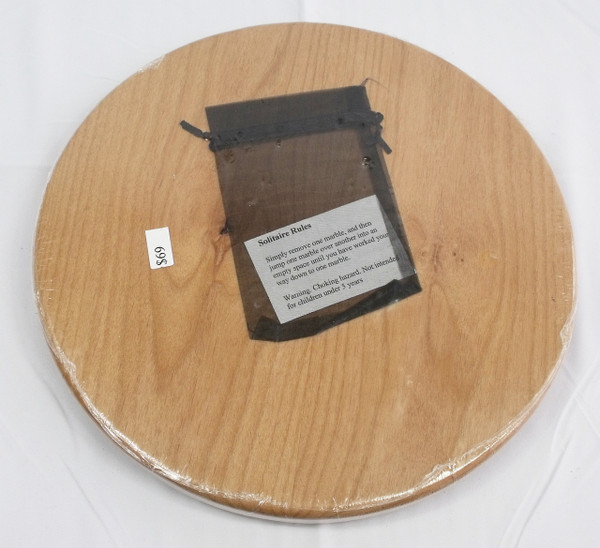