The ancient game of Nine Man Morris is now recreated here with solid alder.  The game is also known as Nine Men’s Morris, Mill, Mills, The Mill Game, Merels, Merrills, Merelles, Marelles, Morelles and Ninepenny Marl in English. The game has also been called Cowboy Checkers and was once printed on the back of checkerboards. The board is approximately 9 1/2" square by 3/4" thick. This two player game comes with a total of 18 marbles, nine for each player in contrasting colors. A bag to hold the marbles is included. In terms of play, it kind of reminds me of a combat Tic-Tac-Toe in that players are trying to form ‘mills’- three of their own marbles in a row horizontally or vertically – in order to capture an opponent’s marble of their choice. The game is played in two separate phases (with an optional third) so players will employ subtly different strategies for the different phases of the game. Specific rules for play are included with purchase. Please note that the game that you see in the pictures may not be the exact game that you receive. While the board will be solid alder, the picture is just one of the many I have produced. The board in the picture may not be the exact board that you receive; the wonders of nature will produce different patterns in the grain as well as slight variations in color. Also the particular colors of the marbles are subject to change without notice. This game uses 5/8" diameter target marbles. Warning. Choking hazard. Not intended for children under 5 years. 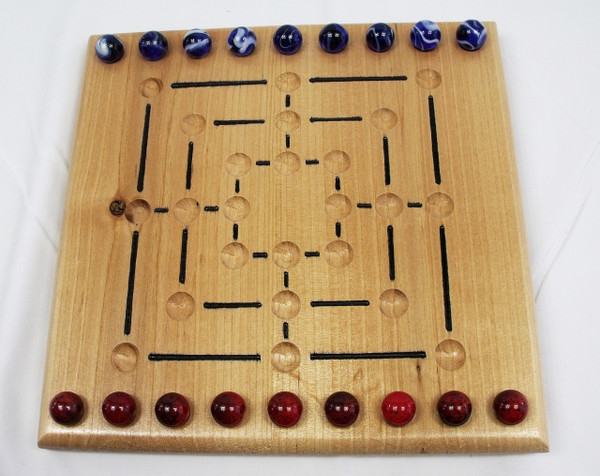 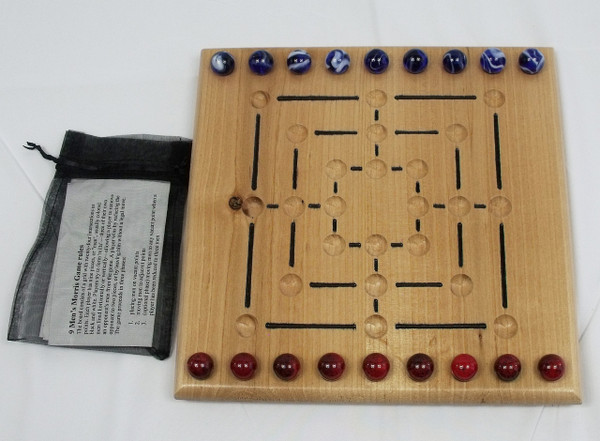 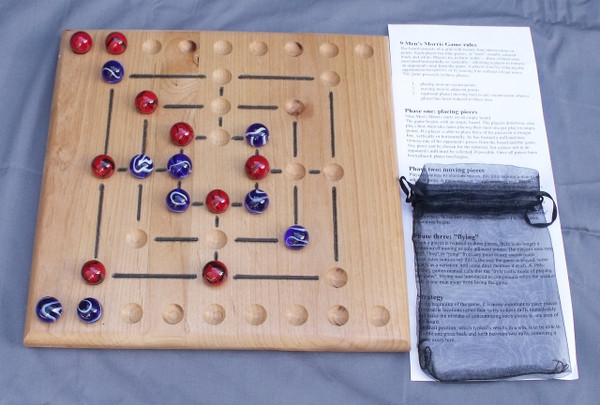 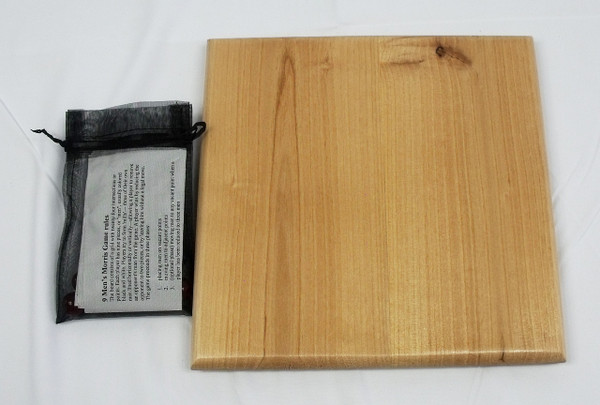 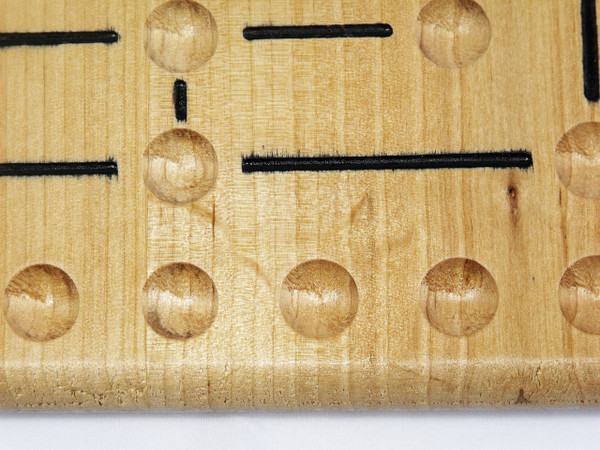 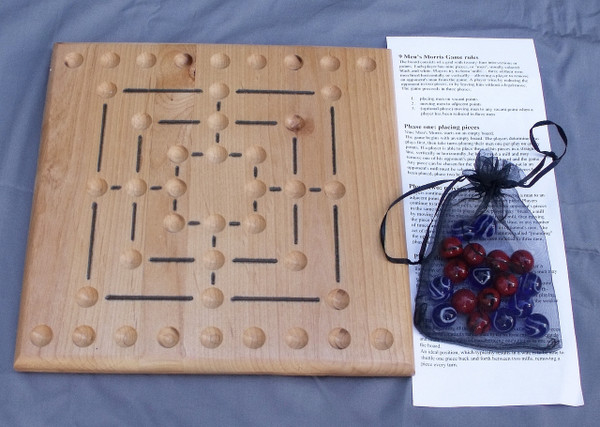 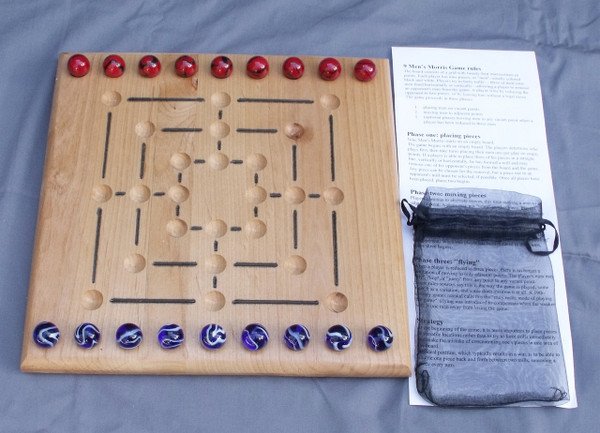 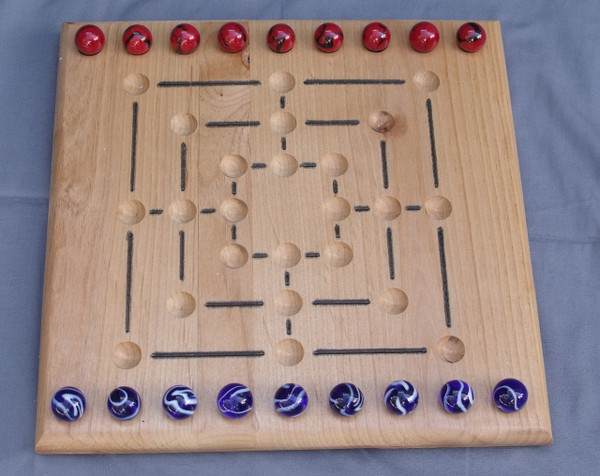 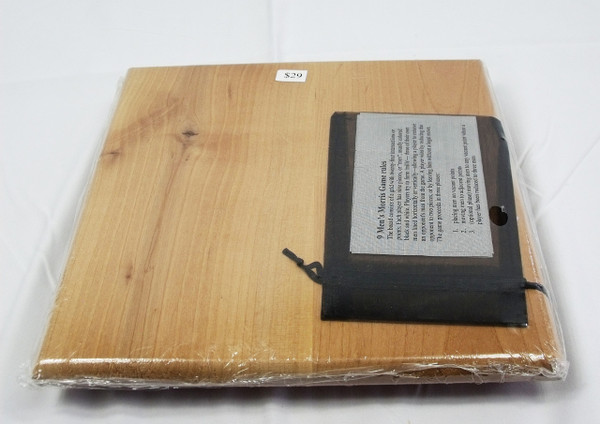 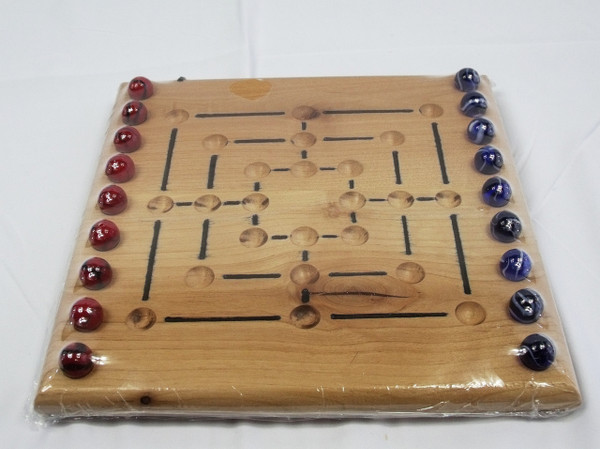