Mancala is a family of board games played around the world, sometimes called "sowing" games, or "count-and-capture" games, which describes the gameplay. The word mancala comes from the Arabic word naqala meaning literally "to move."

Among the earliest evidence of the game are fragments of a pottery board and several rock cuts found in Aksumite areas in Matara (in Eritrea) and Yeha (in Ethiopia), which are dated by archeologists to between the 6th and 7th century AD. The game is thought to be much older, possibly preceding written history.

This board is made from solid Beetle Kill Pine wood (sometimes called blue stain pine) and is 18" long, 5" wide, and is 3/4" thick. As you will see in the pictures, I frequently infill cracks, holes, and larger bore marks with a 2 part epoxy and glitter. It stabilizes the area and makes it stronger (and adds some interest). It's almost always silver glitter, but sometimes I change it up. The game comes with instructions, small stones for play, and a storage bag. Warning. Choking hazard. Not recommended for children under 5 years. 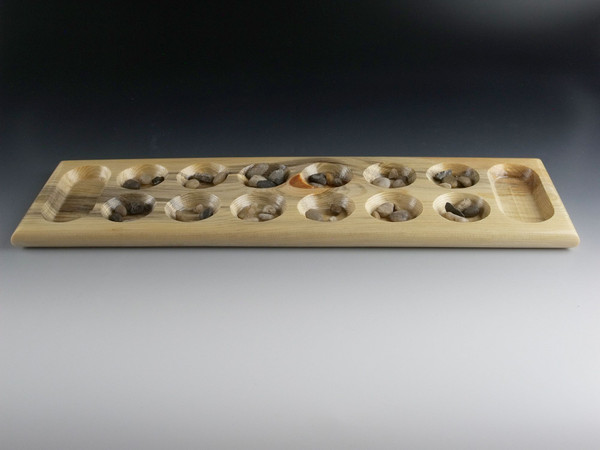 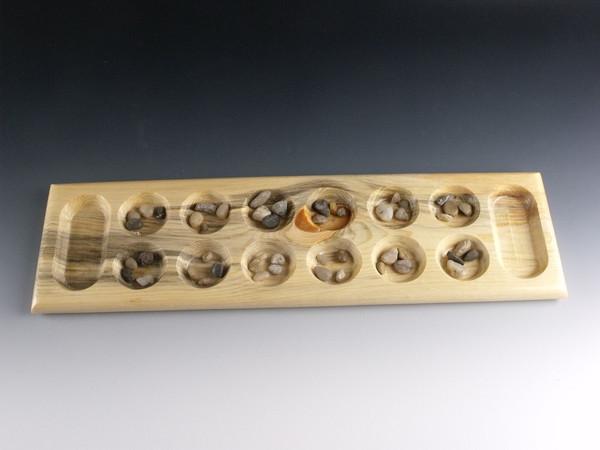 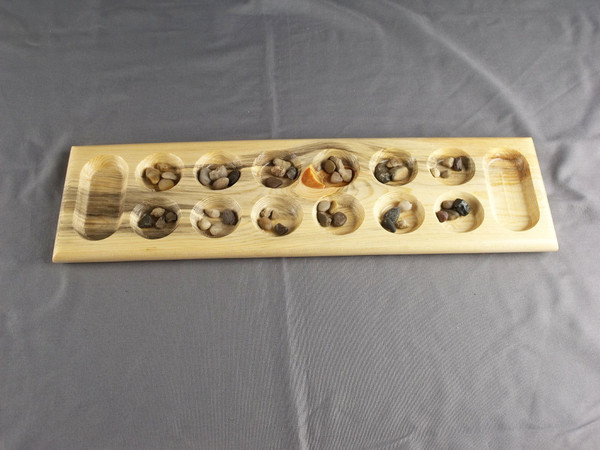 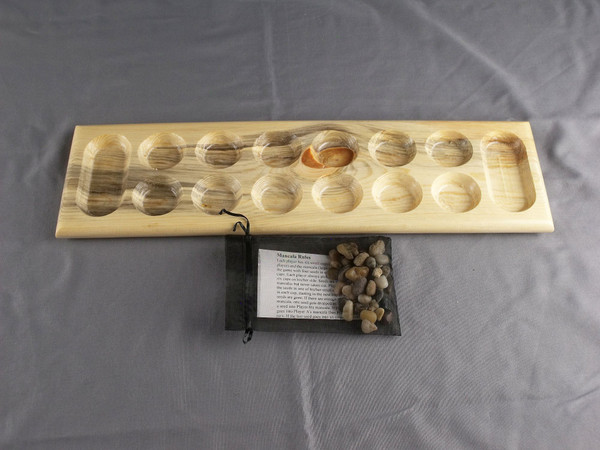 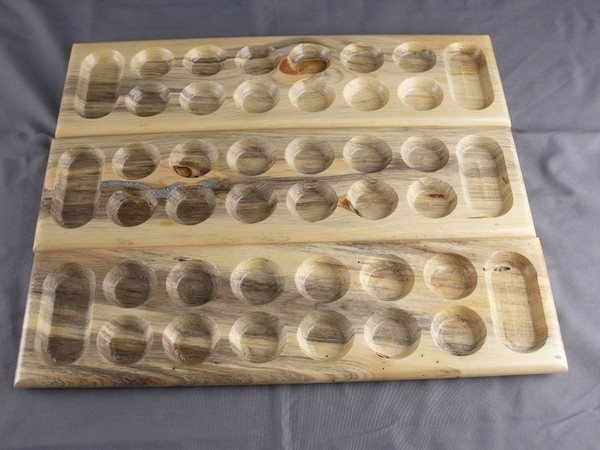 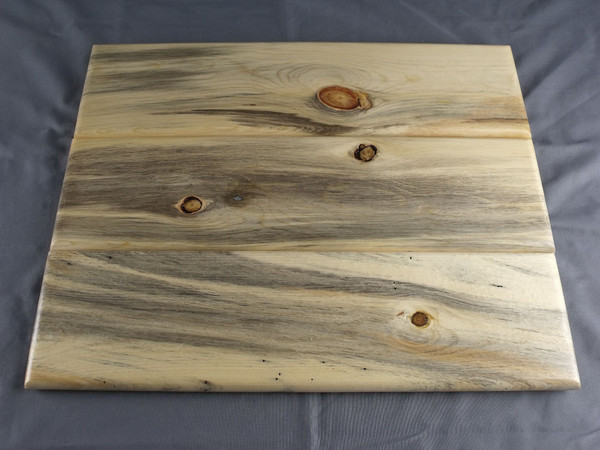