The included marbles will be a wide assortment of styles and colors. While the board will be solid ambrosia maple wood, the picture is just one of the many I have produced. The board in the picture may not be the exact board that you receive; the wonders of nature will produce different patterns in the grain as well as slight variations in color. The board is about 12.5" in diameter. This game uses 1" diameter marbles. 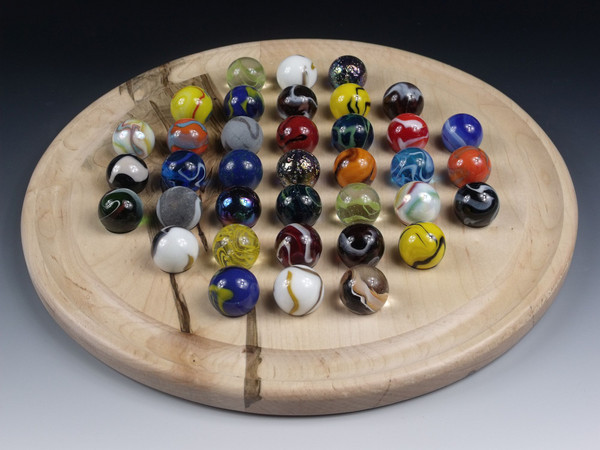 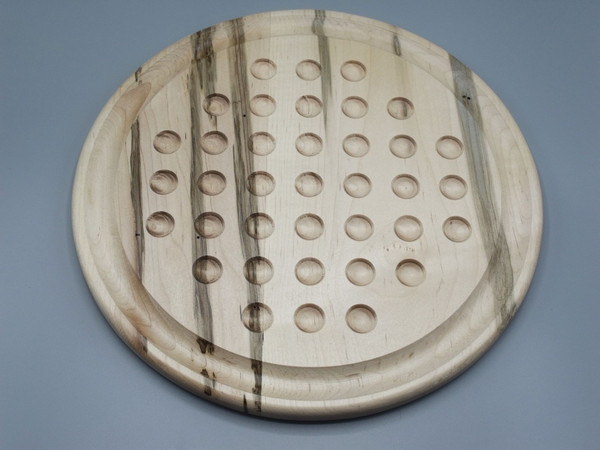 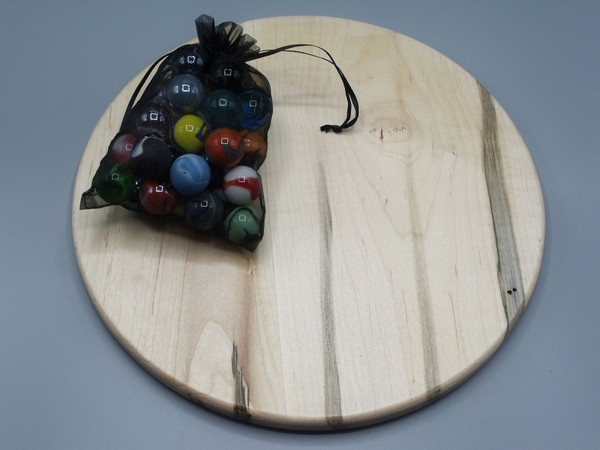 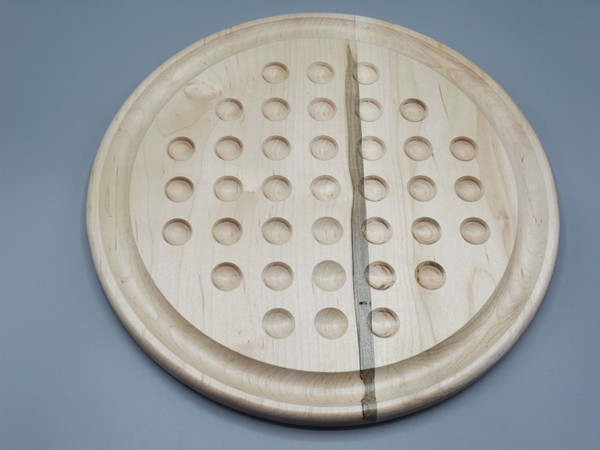 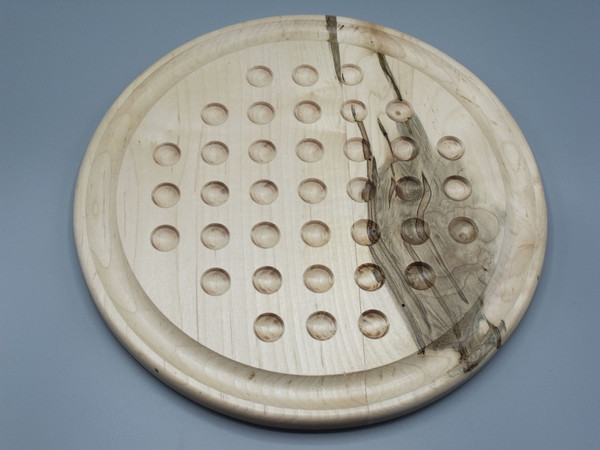 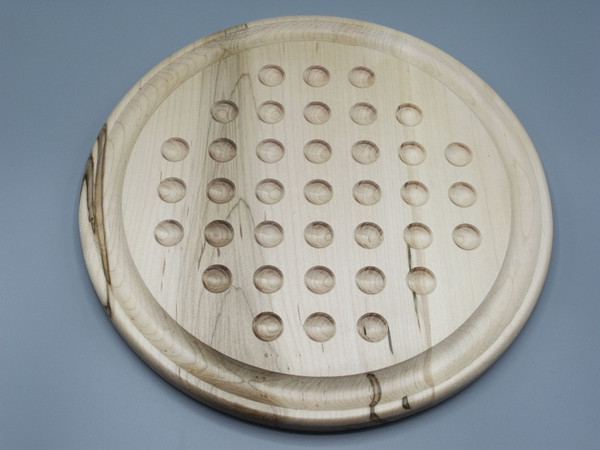 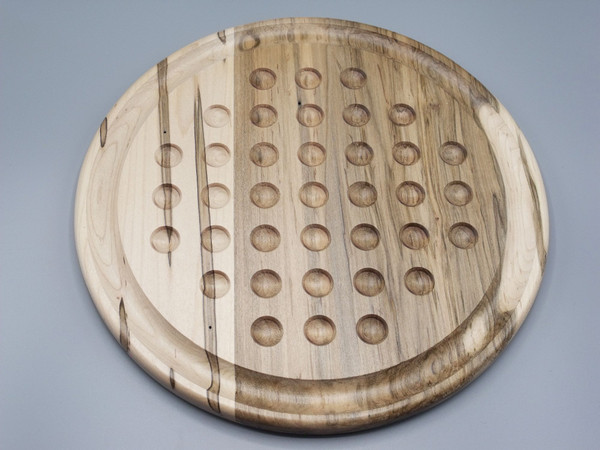 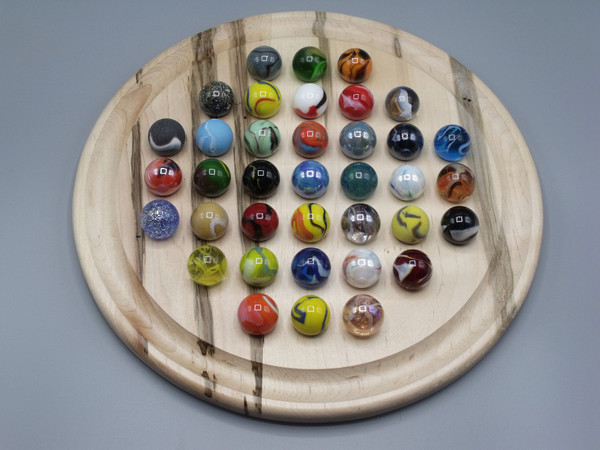 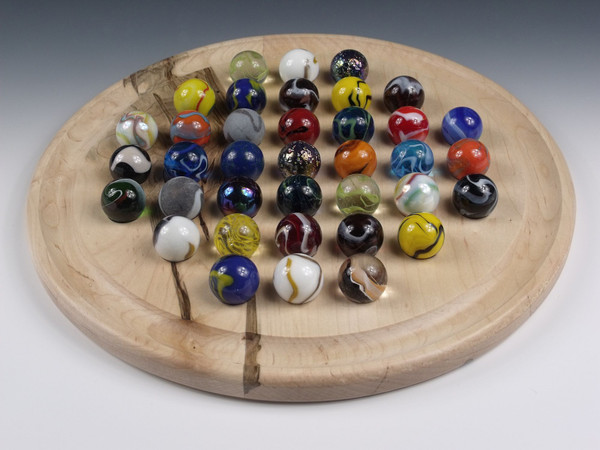 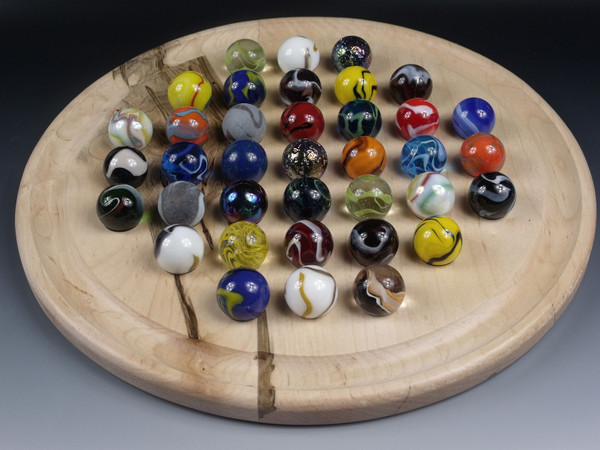 A new way to play Solitaire - and this will last forever! Great craftmanship... Fun to come for grandson!