The board itself is solid oak and is 12" x 12" x 3/4". I have made several of these boards, so the board that you receive may not be the specific board in the picture. It will still be beautiful and it will still be solid oak, but the natural variations inherent to working with natural materials such as solid wood make each board unique. 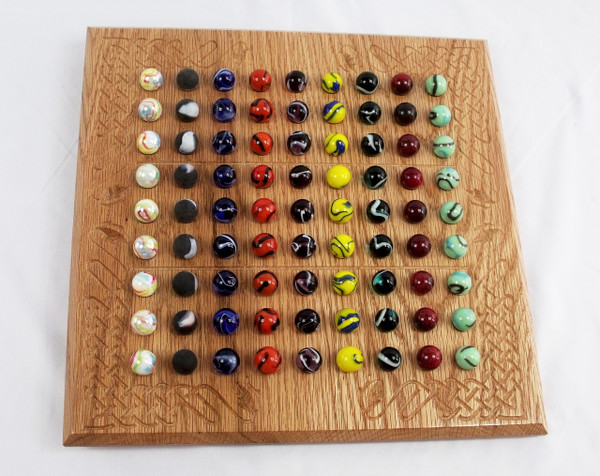 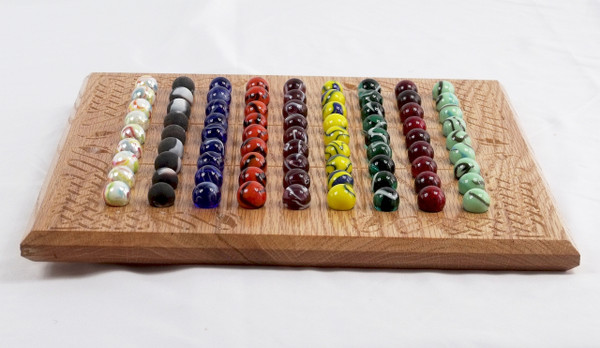 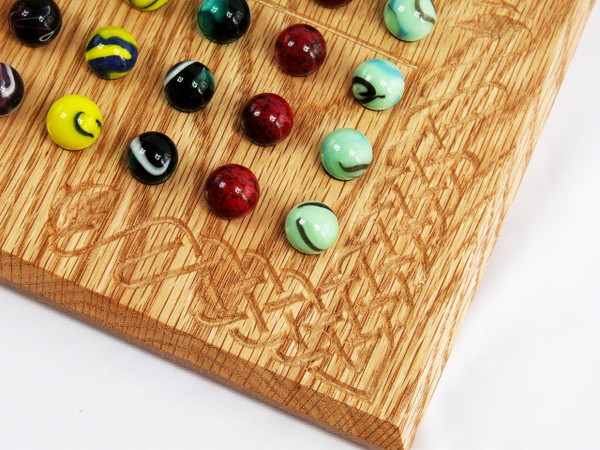 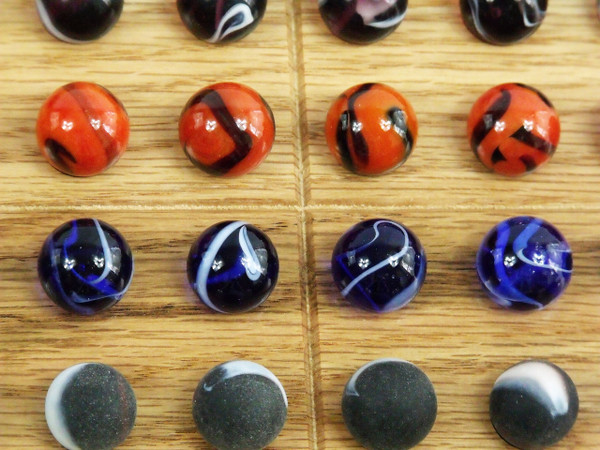 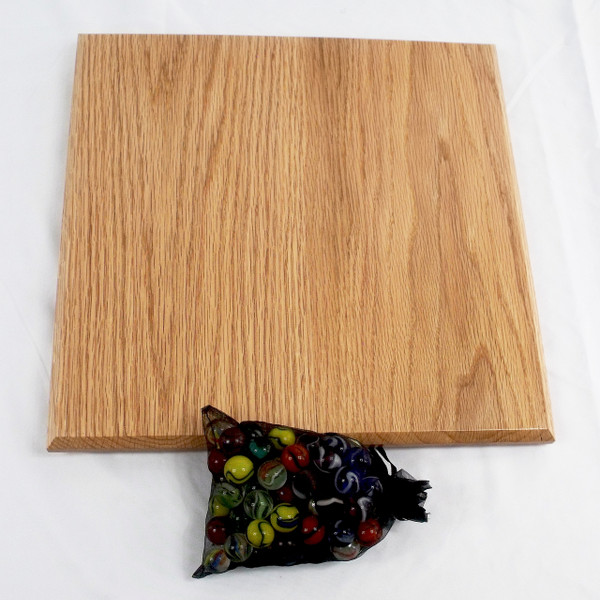