The included marbles will be a wide assortment of styles and colors. While the board will be solid oak wood, the picture is just one of the many I have produced. The board in the picture will not be the exact board that you receive; the wonders of nature will produce different patterns in the grain as well as slight variations in color. The board is 9 1/2" in diameter. This game uses 5/8" diameter target marbles. 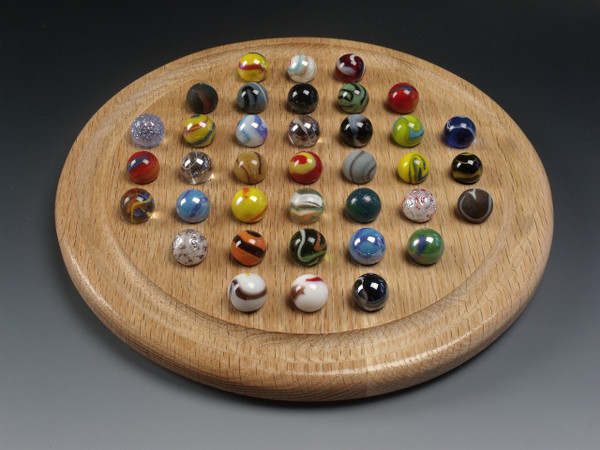 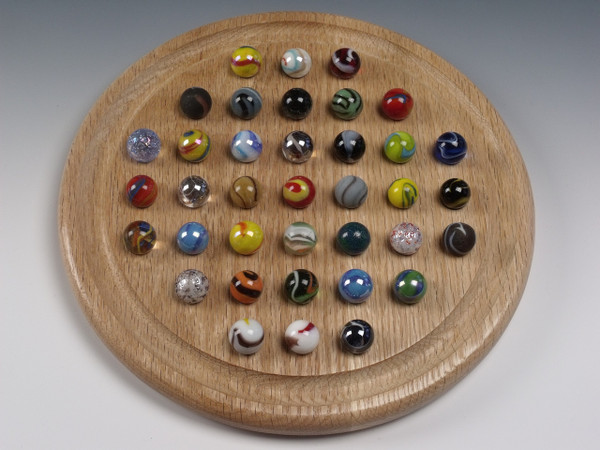 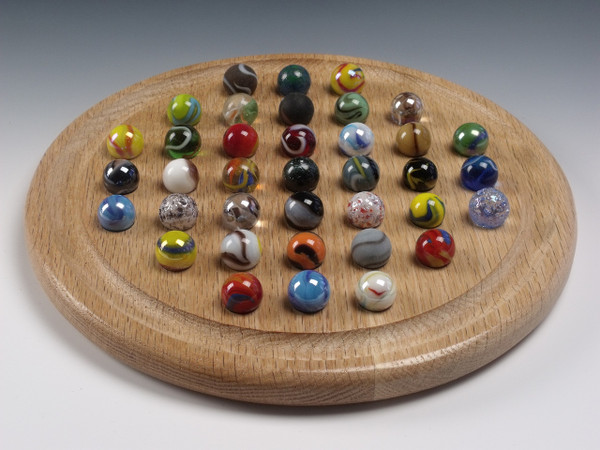 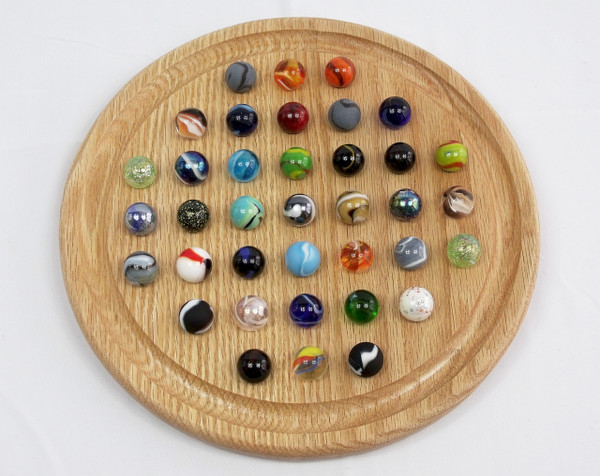 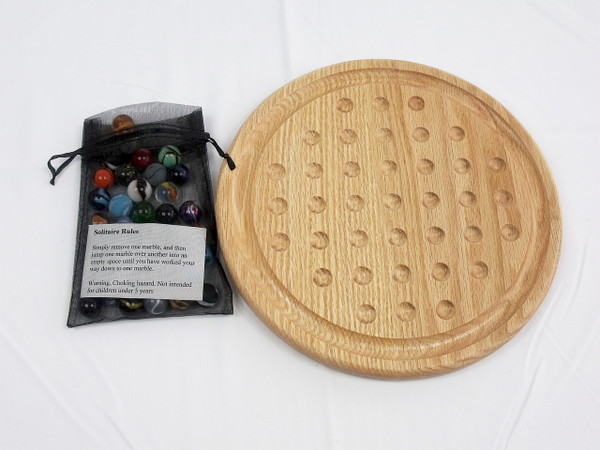 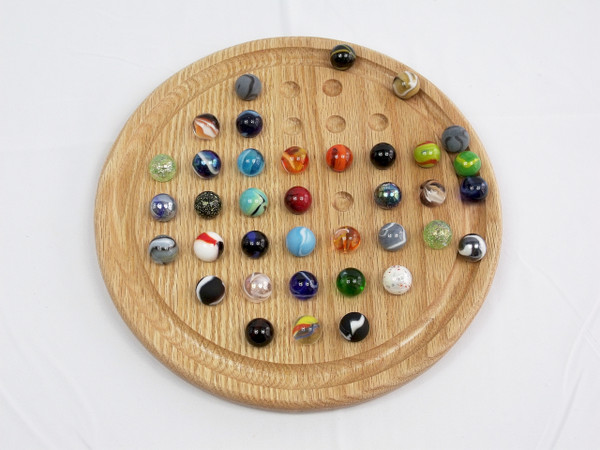 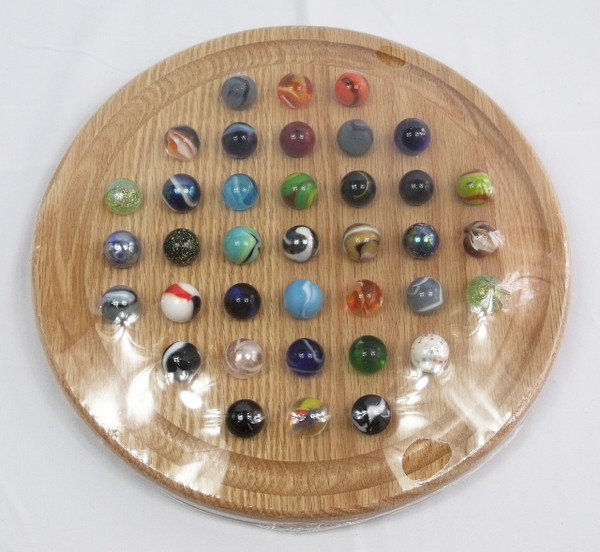 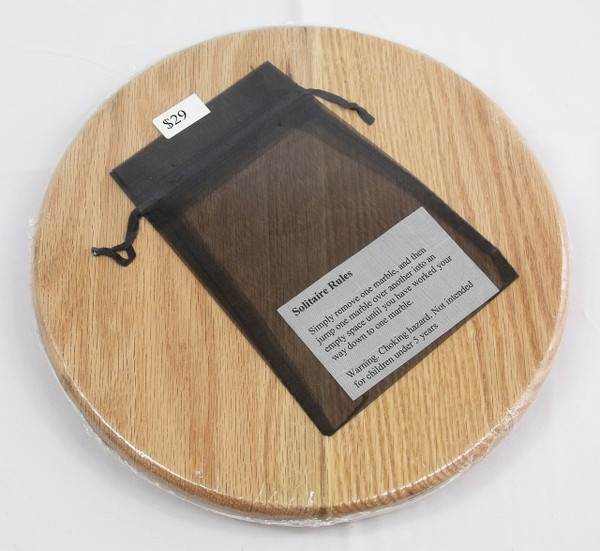 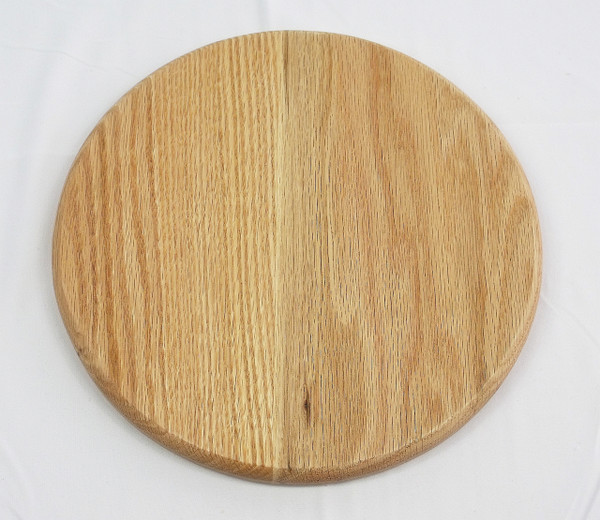 Nicely made; nice marbles, nicely packaged; shipped in a timely fashion; well-priced. I will be ordering more of this product. Very please.

Very nice quality. Fast shipping of item. Will use this sell again

Perfect for my 10 yo son. Shipped very quickly, too.