Fanorona has three standard versions: Fanoron-Telo, Fanoron-Dimy, and Fanoron-Tsivy. The difference between these variants is the size of board played on. Fanoron-Telo is played on a 3×3 board and the difficulty of this game can be compared to the game of tic-tac-toe. Fanoron-Dimy is played on a 5×5 board and Fanoron-Tsivy is played on a 9×5 board—Tsivy being the most popular. Red and blue pieces, twenty-two each, are arranged on all points but the center. The objective of the game is to capture all the opponent’s pieces. The game is a draw if neither player succeeds in this. Capturing is done by either approaching or withdrawing from opponent's pieces.

Fanorona is very popular in Madagascar. According to one version of a popular legend, an astrologer had advised King Ralambo to choose his successor by selecting a time when his sons were away from the capital to feign sickness and urge their return; his kingdom would be given to the first son who returned home to him. When the king's messenger reached Ralambo's elder son Prince Andriantompokondrindra, he was playing fanorona and trying to win a telo noho dimy (3 against 5) situation, one that is infamously difficult to resolve. As a result, his younger brother Prince Andrianjaka was the first to arrive and inherited the throne.
Warning.

Please note that the game that you see in the pictures will not be the exact game that you receive. While the board will be solid alder, the picture is just one of the many I have produced. The board in the picture will not be the exact board that you receive; the wonders of nature will produce different patterns in the grain as well as slight variations in color. Also the particular colors of the marbles are subject to change without notice. This game uses 5/8" diameter target marbles.

Choking hazard. Not intended for children under 5 years. 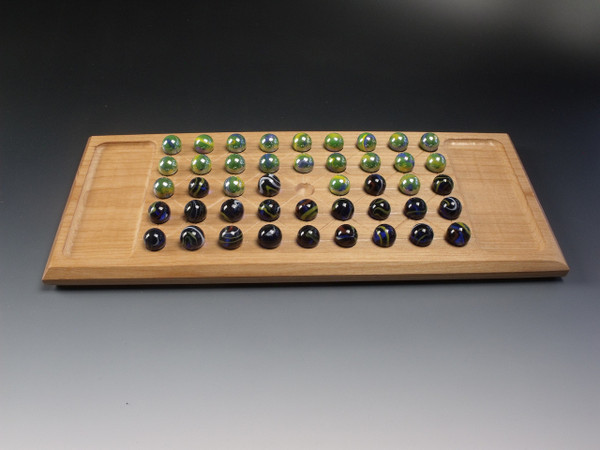 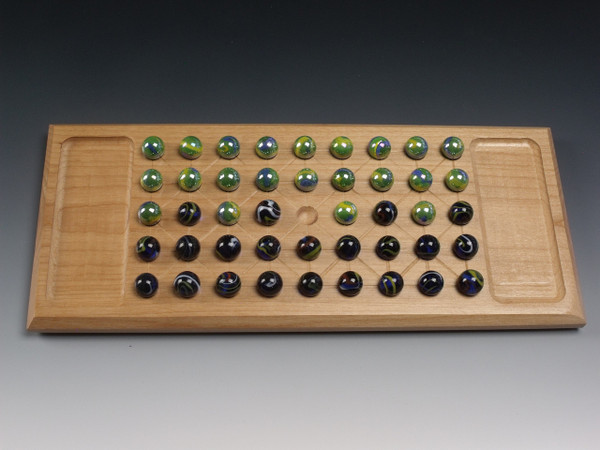 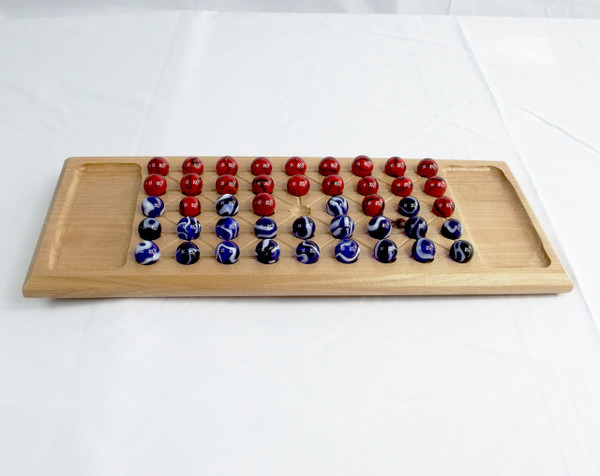 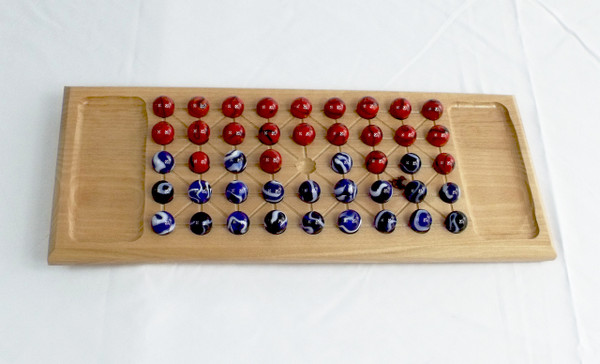 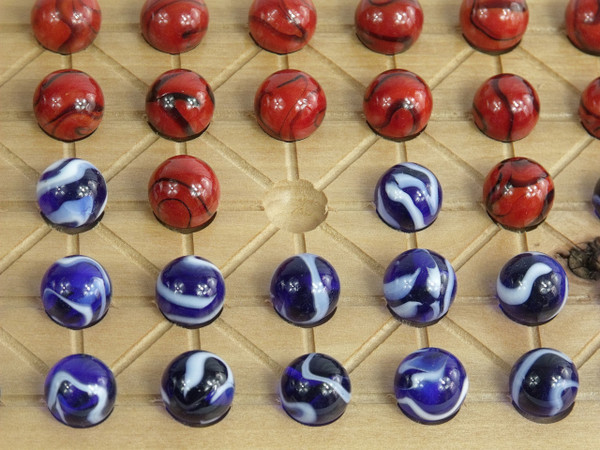 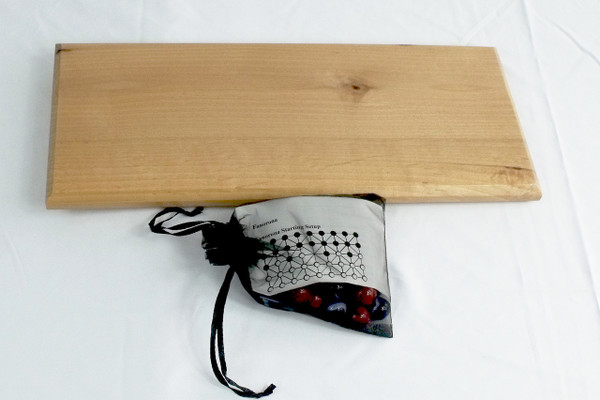 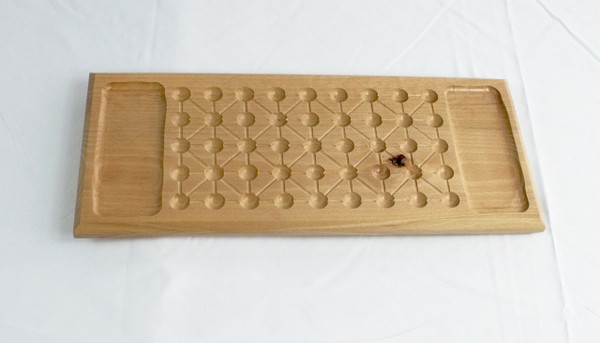 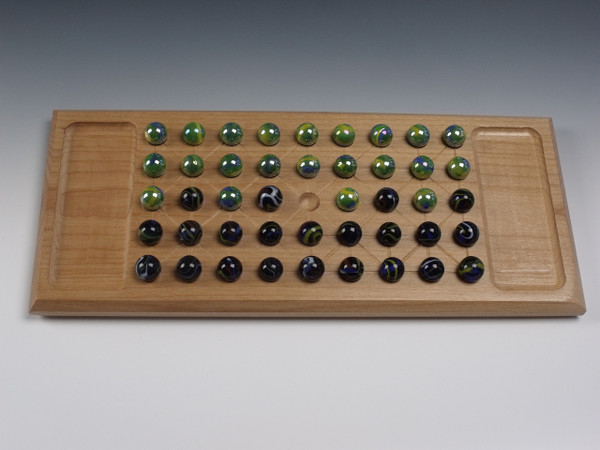